“If God can help me and love me, He can do so with anybody.” It’s not an empty claim coming from Dutch rapper Queen P (Petra Pelties). She was nearly killed by the father of her daughter but survived the brutal domestic abuse. As she recovered, freed from her old life, she made God a promise: to testify to the world about Him. About how God helped her and saved her. Queen P started making good on her promise by writing her life story in her book ‘[TITLE]’. As this book is bound to get an international release, she presents the English single ‘Our God Saves’. A video releases simultaneously with the song.

Many people are trapped. Trapped by addiction, greed or criminality. Initially, the future seemed to have little good in store for Queen P. At the time she was a rapping mother of three, getting by on welfare and on the run for domestic abuse that nearly cost her her life. But not only did she recover; her music began to travel around the world. Queen P signed a deal with rap legend Kurtis Blow and cooperated with him on the single ‘Real HipHop’ which was certified gold in Germany. Suddenly everyone wanted to know: who is this woman? Queen P tells exactly who she is in her book, but now adds the musical testimony of the single ‘Our God Saves’: a crystal-clear message that stops people in their tracks, wherever they may be.

Queen P arranged the known song ‘Our God Saves’ at the request of a local band and added a rap that left people with no illusions. No matter what you’ve done or what your situation is: God set you truly free. There is no need to be bound anymore. “We shot the video for ‘Our God Saves’ in the apartment of my ex, the place where darkness really started to overwhelm me” says Queen P. “At the time I felt worthless. I thought I was stuck. But then I walked around that place again and I was able to speak a different truth over that space through my rap: Our God saves! He rescued me. If He is for me, who could be against me?”

‘Our God Saves’ was rearranged from the known song into the powerful testimony in Queen P’s rap. Wherever she performs it, it leaves an impression and stops people in their tracks. Like the hosts and guests of Dutch talkshow Pauw & Witteman, who invited her to come tell her story. “When we only still performed the Dutch version of this song, I often was approached by non-Dutch people with an unusual observation: ‘I do not know what you are singing but I can feel it.’ Those kind of responses put us on the path of releasing this song to the world! So many people feel inadequate towards God and associate religion with something that binds them, judges them. With this single I say: God lets Himself be found. He sets you free. He saves. My story is proof that if God loves me, He loves you!”

The English translation of Queen Ps biography is set to be published soon. In the meantime, the accompanying single ‘Our God Saves’ is available on digital channels like Spotify:

The video of the song can be viewed at Youtube 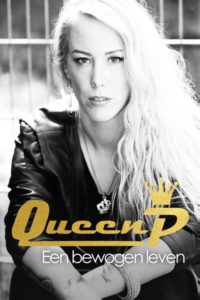